Goa often called as the pearl of the east, is known for its gothic churches, age old ruins, palm fringed beaches, coconut groves, ferry rides, and bubbly folk music. Goa's 80 mile long coastline is adorned by some of the most beautiful beaches in the world. In fact many people think of Goa as synonymous with beaches and sun and golden sand. Goa is an important destination in every tourist's itinerary. Sun, sand, food, wine, old churches and sea being the major attractions. 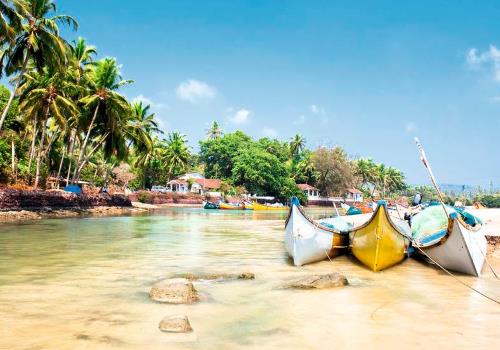 Swaying palms, white sands and sparkling waters: the three essential elements that attract 2 million visitors annually to Goa's balmy shores are plentiful in this tiny, glorious slice of India hugging the country's western coastline and bounded by the Arabian Sea. The beaches aren't as gorgeous as Thailand perhaps, but they’re still beautiful and have largely avoided the ravages of development. 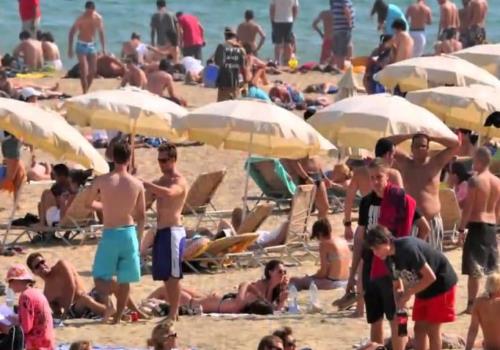 Nowhere else in India will you find the laid-back languidness of a Goan lunchtime, the easy charms of its people or the soothing serenity of a day on its beaches and various fairs and festivals.. For all the fuss made about Goa most of the action comes down to a stretch of 3 or 4 beaches that are only reached by roads that wind their way between hills and paddy fields.

FOR many, Goa is synonymous with hippies, hedonism and all-night dance parties held under a full moon. But India's popular seaside destination offers more than deadheads and clichés. For one thing, Goa offers 63 miles of coastline along the Arabian Sea. Beyond the beaches lies a lush landscape that conceals ancient temples, rich ecosystems and the hilly farmlands that proved irresistible to European spice traders.

Goa is a state on the West coast of India and used to be a Portuguese colony and the Catholic heritage lives on. All is not perfect in paradise, however, and Goa has problems aplenty – the state's environment, in particular, is sorely taxed. Nevertheless, with a slowly growing group of environmentalists and ecofriendly individuals on the scene, the picture remains relatively rosy for this most magical of miniature states. So, come, minimise your impact as much as possible, and unwind to the swaying palms and Portuguese rhythms of Goa's still-irresistible charms.

A diverse tourist locale, Gorgeous Goa is celebrated the world over for its laidback culture, sun kissed beaches, gothic churches and rocking nightlife. What's more, Gorgeous Goa's exotic seafood will have you licking your fingers and asking for more. So come and sip a beer, enjoy bird watching, relax with a massage or indulge in water sports.

Goa's main rivers are the Mandovi, the Zuari, the Terekhol, Chapora River and the Sal. The Mormugao harbor on the mouth of the river Zuari is one of the best natural harbors in South Asia. The Zuari and the Mandovi are the lifelines of Goa, with their tributaries draining 69% of its geographic area. Goa has more than forty estuarine, eight marine and about ninety riverine islands. The total navigable length of Goa's rivers is 253 km (157 miles). Goa has more than three hundred ancient tanks built during the rule of the Kadamba dynasty and over a hundred medicinal springs.