India is one of the most varied places in the world, a heady mix of beautiful beaches, lush green fields, holy temples and hectic cities. With cheap food, welcoming locals and hundreds of hostels in India, it's no surprise this country is a well-trodden stop on the backpacker trail. Many travellers are most comfortable in Goa due to the rather prevalent European Colonial culture. In addition there is a large Roman Catholic presence and a much more Western feel to Goa than elsewhere in India.

India is renowned for being one of the hardest places to travel in the world but at the same time, offers truly extraordinary and utterly rewarding experiences for travellers who are willing and open.

Exploring India through backpacking needs more time compared to other modes of travelling. As anyone knows, most Indian tourist visas are given up to six month duration. As such, anyone looking for backpacking India has to plan his travel carefully to cover most places in India. Otherwise, most of the backpackers will be disappointed as they will feel that they had covered very few places in India. In other words, one has to be realistic to note that India is a huge country and to cover whole of India would take many months or years. Thus, any traveller or visitor has to be precise about what exactly he or she will be covering through backpacking in India. Accordingly he or she should strictly stick to the travel itinerary decided.

The travellers, who are looking for backpacking in India, have many things to see and do in India. There are many Hindu temples, numerous religious places, ancient palaces or fortresses, breath-taking mountains or snow-capped Himalayan Mountains or beautiful valleys and sandy beaches in Goa, wildlife sanctuaries and adventure spots. When backpacking in India, it is always better to make a short list of things to do and interesting places to visit. Since the things to see and do in India are vast, so, anyone who intends to do backpacking should never be over ambitious or over plan before his or her arrival in India. One needs to be realistic and plan his or her stay carefully.

As everyone knows, tourism in India is catering to the middle class and affluent people. As a result, the rates on tourism tend to rise gradually over few years. However, if the discerning traveller is smart, yet he or she can find reasonably good accommodation on the beach at affordable prices around 200 Indian rupees.

Similarly, any backpacker can save on food if he or she prefers to eat out in the country side. He or she can get a meal for few US Dollars at a local eatery or restaurant. However, it is important to note that prices have been generally high in places which provide facilities for backpackers. Also note that western foods are more expensive than local Indian foods.

Although tourist rates for backpacking in India are increasing, there are many increasing opportunities and facilities for backpackers in India. While realizing that backpacking in India is strenuous and needs ample time, it is one of the best and easiest ways to travel around India. Also, it is not only relatively safe but also affordable and fun if any backpacker uses his or her common sense and appreciates the local community.

There are many popular routes in India which thousands of backpackers use frequently. Hence, along these routes there are many facilities and services catering to discerning backpacker in India. In the same token, there are many local tour agents who can arrange day trips, adventure expeditions, tracking and many more. Their rates include the cost of flights, visas, food and lodging.

Besides above, there are many transport options available for backpackers. For example, they can choose either intercity buses or sleeper trains which are ideal and cheaper ways to cover short and long distances. Similarly, there are internal or domestic flights catering to backpackers. The Indian domestic flights are very popular means of transport which is reliable, safe and affordable today. Anyone can reserve a seat on the preferred date of travel.

Backpacking in India is one of the best ways of exploring India and it is certainly an enjoyable and adventurous way while mingling with different cultures and seeing the beautiful countryside of India. You can capture exciting as well as memorable events while backpacking in India. So backpacking in India not only fascinating but also is a life time experience for the discerning traveller.

The sheer size of India means that unlike most countries internal flights are something worth thinking about. Check out the several discount passes that are available to foreign nationals from various Airlines in India

The rail system is operated by Indian Railways and is the second largest network in the world. It covers most destinations and represents a great way to get around on a budget. There are frequent express trains between all major cities and local buses link up to cover smaller towns not serviced by the rail network. Most travellers prefer the second-air conditioned class, which is relatively comfortable and cheaper than first class travel.

Buses are run by a host of local companies and can be quite useful, if uncomfortable. At this time there doesn't seem to be any central source of information on buses in India so the best bet is to consult local tourist office or tourist information facilities on arrival in India.

Most regions of India experience hot tropical weather. During winter the evenings are quite cool but the days are hot and dry. The summer months are hot, dry and dusty and many travellers to india find it uncomfortable to travel at this time of the year. Most regions are subject to monsoon rains between June and September. The Himalayas experience much colder, damper weather in the winter and higher lying places are usually covered in snow.

Accommodation
Modern Western style hotels are available in large cities and popular tourist charges and prices. For cheaper budget accommodation there is a variety of hostels spread out throughout the region, you will generally be provided with a bed with a mattress, bed linen and a wardrobe with a lock. The standard of hygiene varies so it is often advisable to bring your own lightweight sleeping bag when staying in a hostel.

Malaria is present throughout the year in most parts of India so caution should be observed. Vaccinations are recommended for Polio and Typhoid.

The tap water in India is untreated and is not safe to drink, you should also avoid dairy products as these are not pasteurised. Fruit and vegetables should be peeled before consumption and caution should be observed when purchasing food from street vendors. 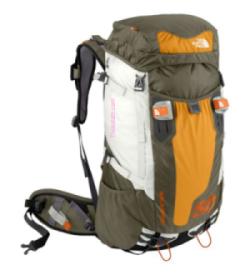 India is a spiritual land, a land where the religion and philosophy have attained their cultivating points. India travel is very special because India has a very rich and dynamic culture that attracts every traveller. India is like a reward to every traveller who explores this mysterious country.